The outdoor navigation makes it easier for patients, relatives and employees to find their way around your premises. You have control over the stored navigation data and your users have the security of reaching their destination. 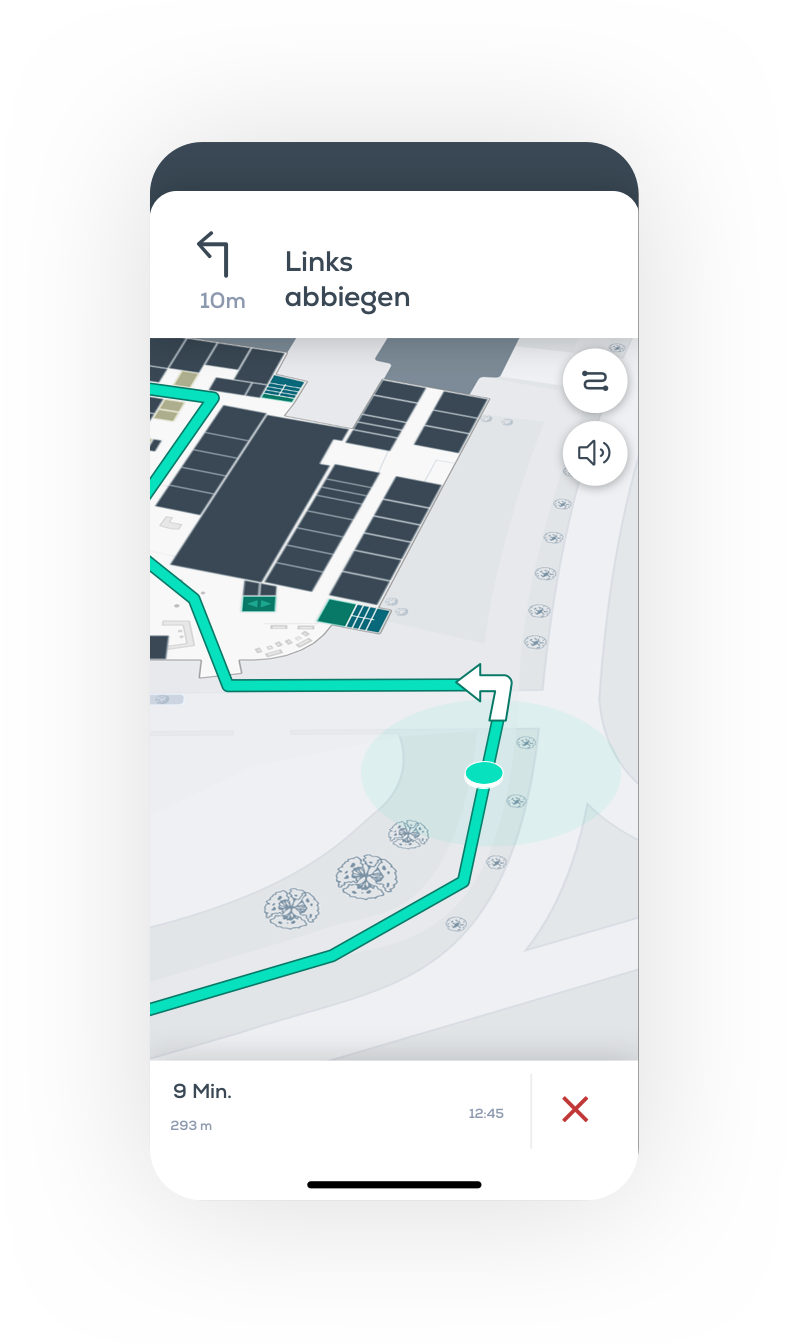 The added value of your outdoor navigation

Reduce delays and the associated stress and postponements for your users.

Integrate not only multi-storey car parks, but also special parking areas with access authorization into your application.

You decide what events and news to share and how to connect to your users. Analyze how many people saw your content and advertise via push notifications.

Navigation for your hospital 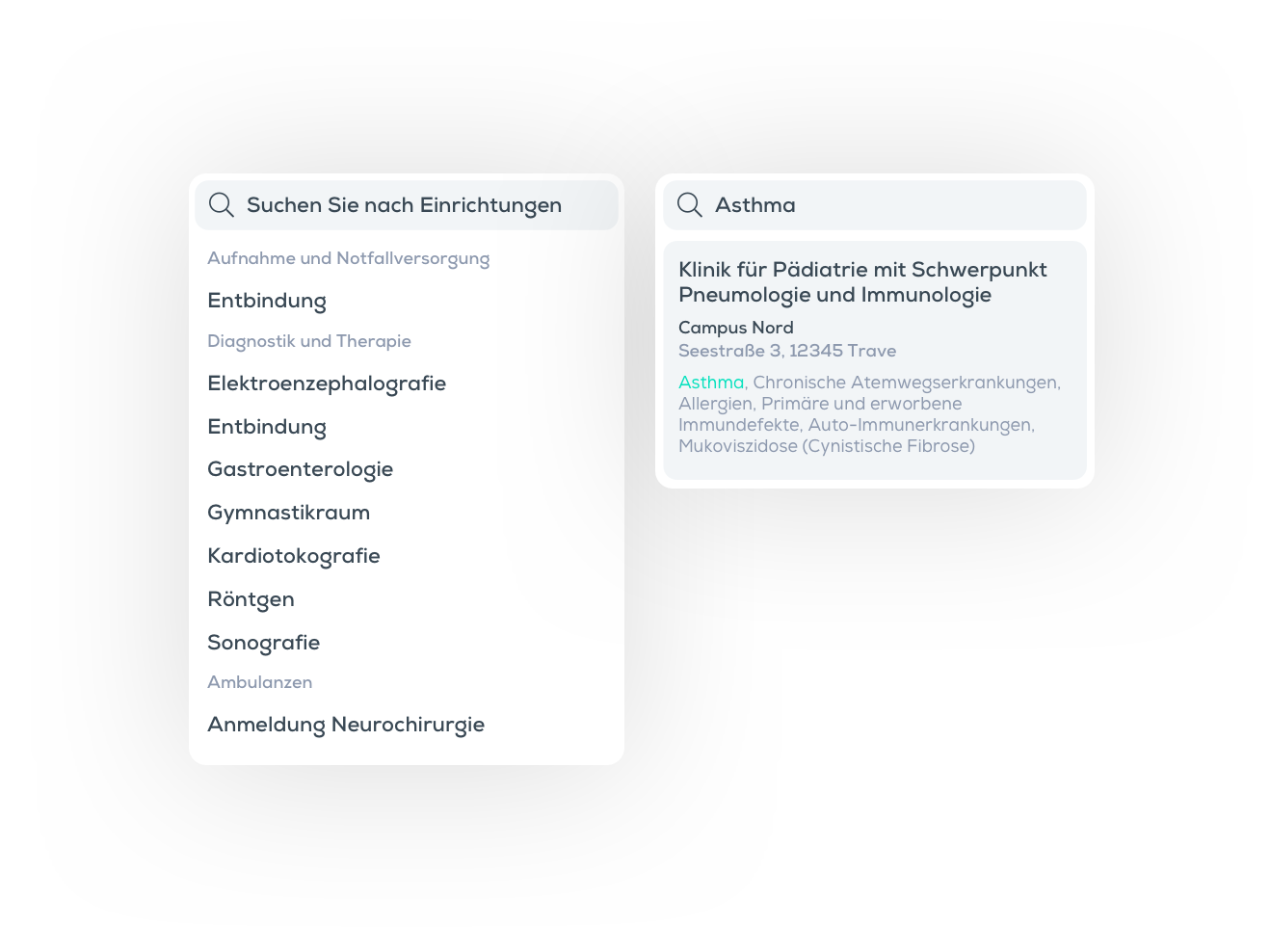 Successful navigation begins with the successful entry of the destination. Not every user is familiar with the official institution name and its medical terms and there are often different names for a building. By storing synonyms, you ensure that your users can find the desired destination using various search terms.

Not only patients in wheelchairs are dependent on being navigated via barrier-free paths. Visitors who push a stroller or suppliers who transport heavy loads also belong to this group of people. When calculating the best route, we mark and take into account the routes that are most suitable for specific user groups. For example, a distinction is made between paved paths and secret paths. There is also the choice of the optimal building entrance. 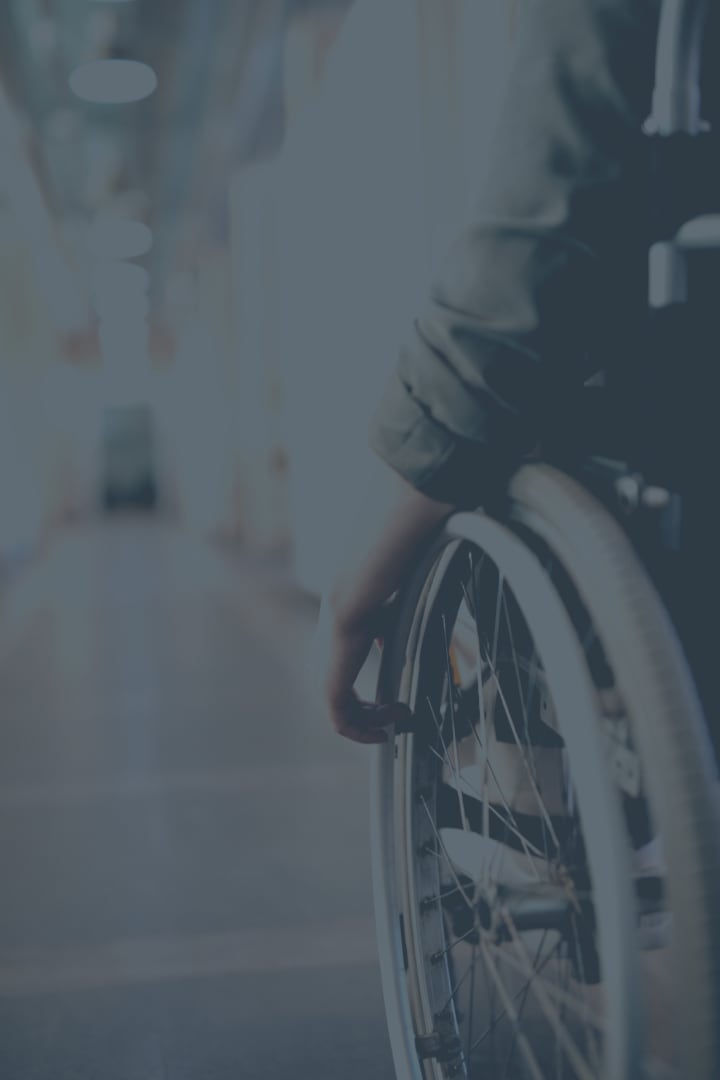 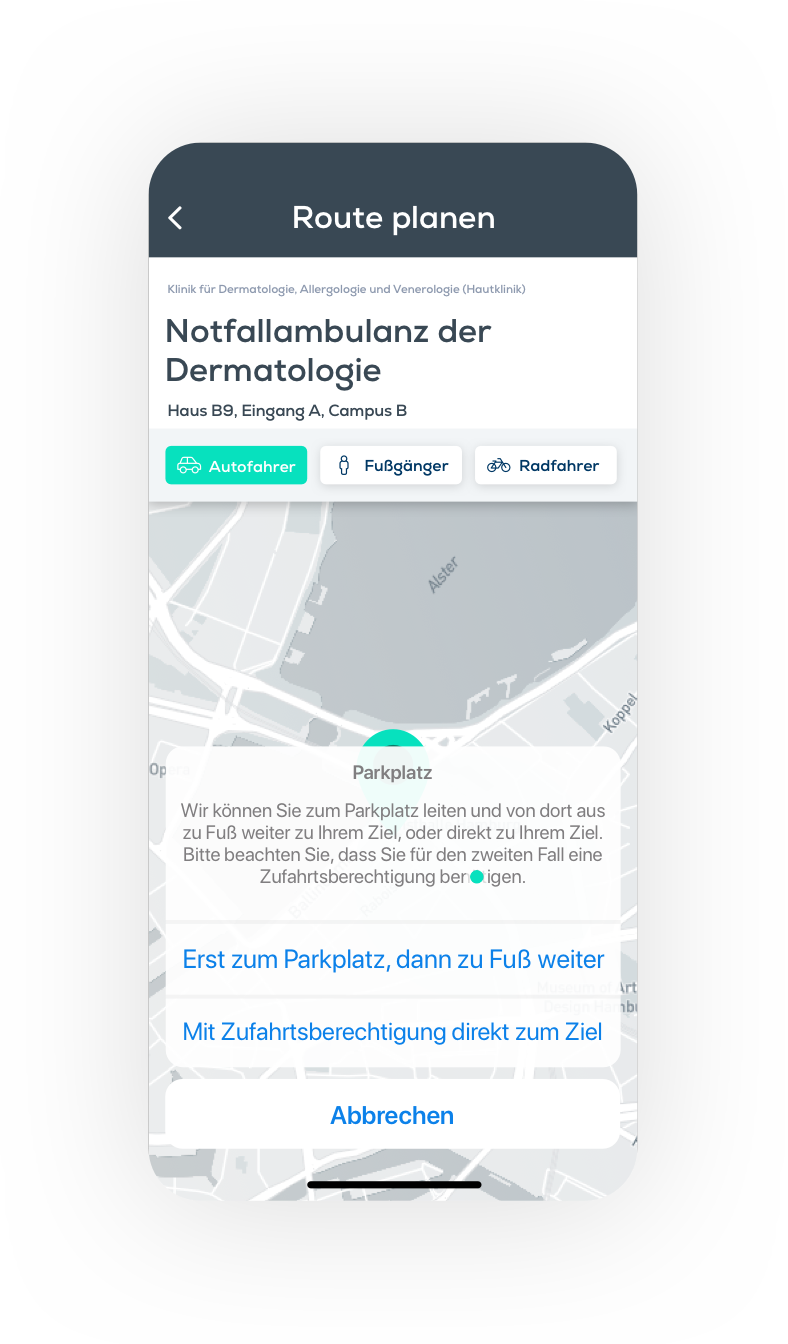 The selection of a parking space on your premises takes place via the parking lot route. If the optimal and first selected parking space is already fully occupied, the user will be guided to other spaces. When determining the parking space, factors such as proximity to the destination or restricted mobility play a role. The application remembers the position of the final parking space and can guide the user back to his vehicle after the visit.

Show all the important data on the facilities of your clinic in the overview. You determine which information should be shown to the user. We are also happy to present associated sub-facilities and present the facility’s team in a course profile.

We know that data protection is critical to you and that protecting the privacy of your patients is a top priority. For this reason, we map your site ourselves in order to break away from the major map providers and to protect your customers’ data from being accessed.

Hospitals are subject to constant change. Moving wards, ambulances and institutes makes it necessary that the data for navigation remain up to date. You retain control of your data via interfaces or the use of our backend system and can adapt it at any time.

For quick access to your application by scanning a QR code with the smartphone camera.

Makes it easier for patient, relatives and employees to find their way around your premise.

Live Indoor navigation or our solution without tracking can be used in your buildings.

Access to navigation for smartphones, laptops, computers, terminals or as an analogue printout.

Strengthen your digital presence with additional, patient-oriented functions on your hospital app for iOS and Android.